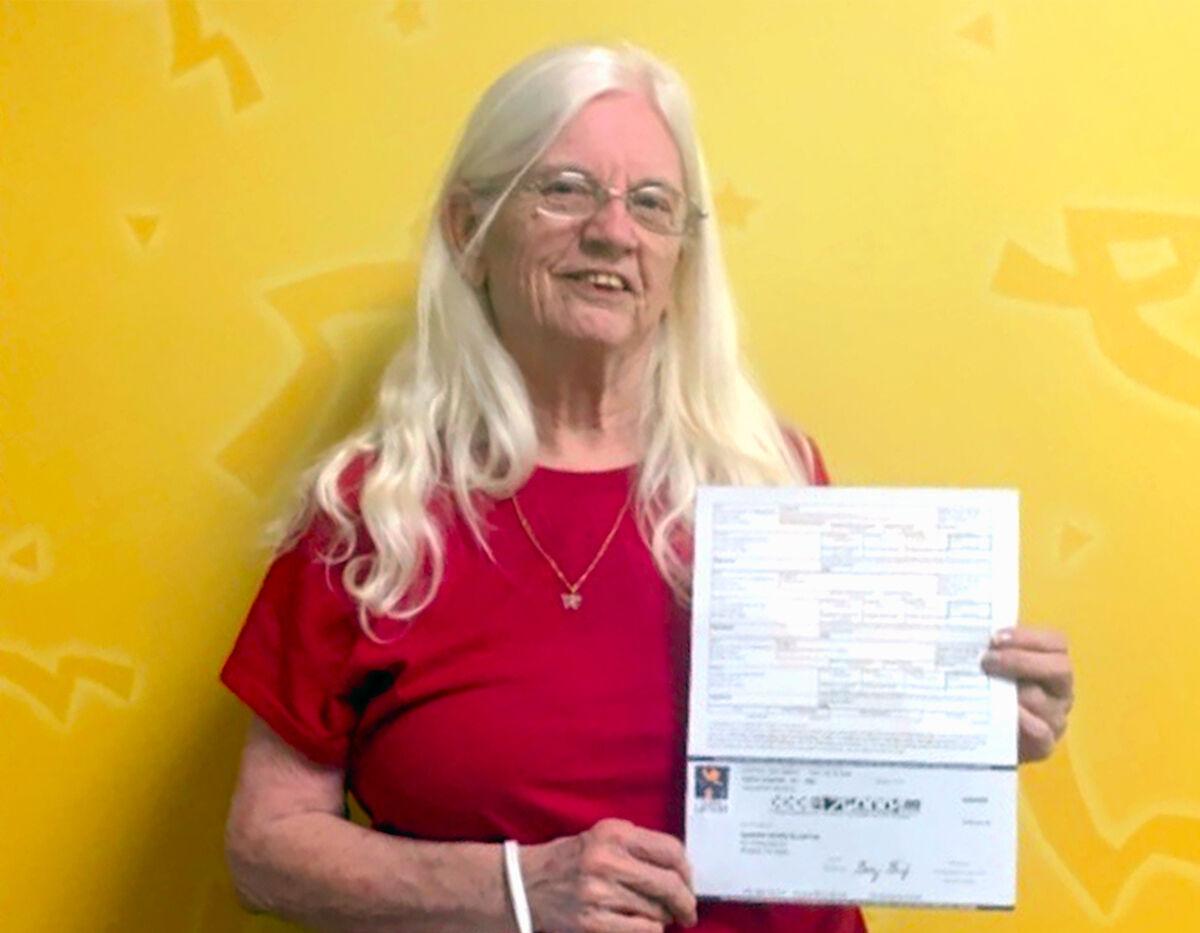 “I felt like I wasn’t looking at it right; I was in disbelief,” Blanton said about her winning experience. “I stopped scratching midway through to see if I really won and then when I realized I did, I started hollering at the lady at the cash register to let her know. I went back to the house and called all of my children and grandchildren. They thought I was joking.”

For Blanton, this wasn’t the first time she experienced luck while playing scratch ticket games from the Texas Lottery. The Irving resident claims to have won at least $1,000 on multiple occasions, including $2,300 – her largest prize prior to her recent big win.

Blanton told the Texas Lottery she always purchases her tickets at the same retailer even after missing out on becoming a big winner once before.

“One time after I bought a ticket, someone bought the one right after me and won [a top prize],” Blanton explained.

Knowing that she was disappointed by that news, the Stop N Shop clerk tried to boost Blanton's spirits by encouraging her to believe that her time to win would come someday.

“It turned out she was right,” Blanton exclaimed.

After Blanton was sure she won, she knew the next step was to claim her prize at a Texas Lottery claim center, and she wasn’t going to let any hurdles get in her way.

On the way to claim the prize, we got a flat tire and didn’t have a spare or a jack, so we parked the car and asked a stranger to drive us to Abilene for $100. He said, ‘Sure,’ and never asked why were going to the lottery office,” Blanton explained. “Everything from the win to going to get the prize was a fun experience!”

Blanton’s prize was the 23rd of 40 second-tier prizes worth $1 million to be claimed in this game. Instant Millionaire offers more than $519 million in total prizes, including 10 top prizes of $2.5 million. Overall odds of winning any prize in the game are one in 3.20, including break-even prizes.

About the Texas Lottery